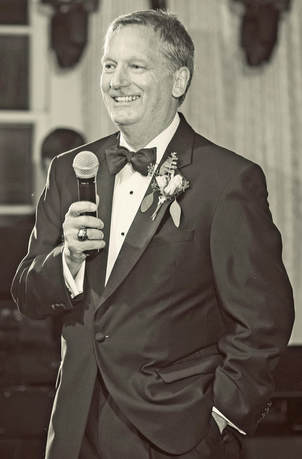 Carroll C. Jones was born and raised in the mountains of Haywood County, North Carolina, in the small paper-mill town of Canton. He is a direct descendant of the Hargrove, Cathey, Shook, Moore, and Crymes families who pioneered the county--the setting for his East Fork Trilogy novels: Master of the East Fork, Rebel Rousers, and August's Treasure.

After attending the University of South Carolina in Columbia, where he played football for the USC Gamecocks and earned a degree in civil engineering, he began an extended career in the paper industry lasting more than three decades. Carroll’s profession led him out of the Carolina highlands to Brazil, South America and then back to the U.S., where he eventually settled down in Pensacola, Florida. Now retired, he lives with his wife Maria in Bethel, N.C., where they have a log house overlooking the beautiful Pigeon Valley. Carroll juggles historical research, bee-keeping, and mountain fly fishing with his love for writing.

To his credit, Carroll has written seven books which have garnered prestigious awards from the North Carolina Society of Historians (NCSH). These include four historical non-fiction works titled The 25th North Carolina Troops in the Civil War, Rooted Deep in the Pigeon Valley, ​Captain Lenoir’s Diary, and Thomson's Pulp Mill: Building the Champion Fibre Company at Canton, N.C.--  1905 to 1908. He also has penned the East Fork Trilogy fictional series comprised of the novels Master of the East Fork, Rebel Rousers (winner of the 2016 President's Award from the NCSH), and August's Treasure.

Carroll's latest book is Thomson's Pulp Mill and it is the story of Peter G. Thomson's travails constructing a mammoth pulp mill in the little western North Carolina town of Canton, at the onset of the twentieth century. Carroll grew up in the shadow of Thomson's old factory buildings that his great-grandfather helped build, where his parents worked, and where his own professional career began.

go to Carroll's Books
Powered by