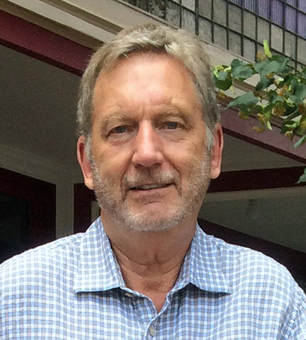 On this website, you can learn all about my books and free-lance articles. Thanks for you interest! Carroll 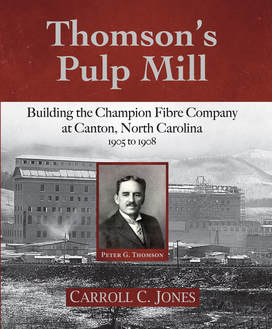 In the early twentieth century, workmen from all across the eastern United States and far-away countries such as Bulgaria, Italy, and Ireland rode the train to remote western North Carolina to help construct Peter G. Thomson's pulp mill. However, the soggy bottom along the Pigeon River, where the enormous brick buildings were being erected, presented extreme challenges for the foreign and local workers. In this book, Carroll C. Jones exposes the cultural and construction difficulties these men faced and discusses at length how the builders of the mill, including the architect and contractor who were both from New York City, overcame them.

In the foreword contribution, noted author and architectural historian Camille Wells wrote, "The gift Carroll C. Jones--engineer, writer, historian, and Canton native--has bestowed in his Thomson's Pulp Mill is the wondrous story of a mammoth pulp mill's construction at Canton, N.C. He has recovered from astonishing obscurity a crucial series of events in Canton's past. Through his exceptional talents and relentless pursuit of the actual story behind Thomson's pulp mill, Carroll has turned this past into a history."
​ 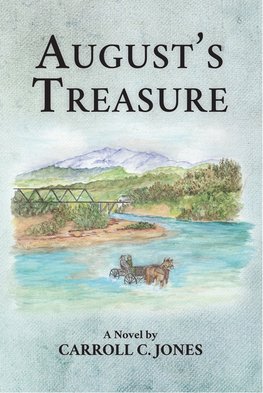 by Carroll C. Jones
The third book in the East Fork Trilogy ​and winner of a 2017 Historical Book Award from the N.C. Society of Historians

In order to save his young neck, August Hargrove flees the North Carolina mountains to the wild West. His adventures on a Mississippi River steamboat and transcontinental train, mining for gold in a place named Skidaddle, and building a steam-powered sawmill in the wilds along the East Fork of the Pigeon River leave a rich legacy for later generations of Hargroves to sort out. Great-Grandson Clint Hargrove finds an old treasure map and endeavors to follow its clues in uncovering century-old Hargrove secrets.

Noted western North Carolina writer and historian Larry Griffin wrote in the book's foreward, "If it is adventure laced with intrigue that you crave--though vicarious in variety--then August's Treasure is your ticket to escape the mundane for the mysterious. All that is required is to turn to the first page and fasten your seatbelt."  ​ 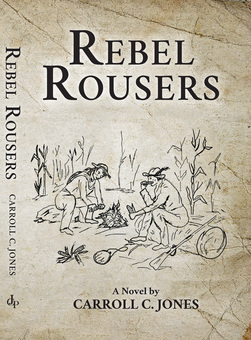 Rebel Rousers
​by Carroll C. Jones
The second book in the East Fork Trilogy and winner of a 2016 Historical Book Award and the prestigious President's Award, both from the N.C. Society of Historians


Rebel Rousers is a historical fiction novel set during the American Civil War. The book tells the coming-of-age tale of a youthful Rebel soldier who hails from the western North Carolina highlands. At once the strapping lad has to bear-up under his romantic longings for the miller’s daughter, the hateful acts of an antagonist named Bugg, numerous personal tragedies, and the terrible trials of war. Will he and his best buddy survive the war? What about the girl? Best you pick-up a copy of Rebel Rousers and find out.

Noted western North Carolina writer Kathy Nanney Ross says in her foreword, “Carroll Jones blends unique story-telling and crafty writing with historical facts and regional lifestyles to create a superb, thought-provoking novel, Rebel Rousers. His book reminds us how the lines between joy and sorrow, good and evil, and justice and vengeance can blur. As a good historical novel should, Rebel Rousers transports us back in time and teaches us about our past without sacrificing a compelling story. Enjoy.” ​ 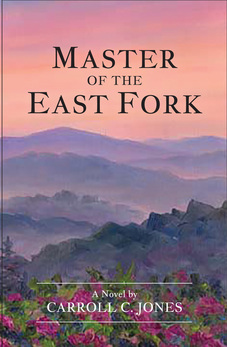 Master of the East Fork
by Carroll C. Jones
The first book in the East Fork Trilogy and winner of the 2015 Clark Cox
Historical Fiction Award from the N.C. Society of Historians
​​
Don't miss this historical novel set in western North Carolina just prior to the Civil War. It is the ante-bellum story of a young man relegated to the family's estate in the wild mountain region and left to fend for himself. Living in a lonely log cabin and with little or no farming experience, Basil Edmunston is at once expected to manage the business affairs of his father's huge 5,000 acre farm. It was his familial duty was the way the patriarch had put it to Basil, and the son could not rightly refuse.

Recently awarded the Clark Cox Historical Fiction Award for 2015 by the N.C. Society of Historians, Master of the East Fork earned high praise from the judges, including this: “After reading the novel, one realizes that not only have they been entertained, they have been educated. The reader becomes lost in the story in the sense that, through reader-friendly text, scenes begin to form in the mind’s eye due to vivid descriptions of beautiful scenery, the characters involved, and daily life.”
Order Now
Other Books by Carroll C. Jones
go to Carroll's Books
Powered by